Exploring the Unknown with the Large Hadron Collider and Beyond

Thank you to our donors and supporters for another successful annual fundraiser at EUREKA! If you missed our virtual Dinner with a Scientist, here is the recording of Dr. Lawrence Lee's presentation. In this fascinating presentation, he discusses his search for new particles at the Large Hadron Collider (LHC) at CERN in Geneva, Switzerland, and his new project, ColliderScope, that connects electronic music, particle physics, and visual light! 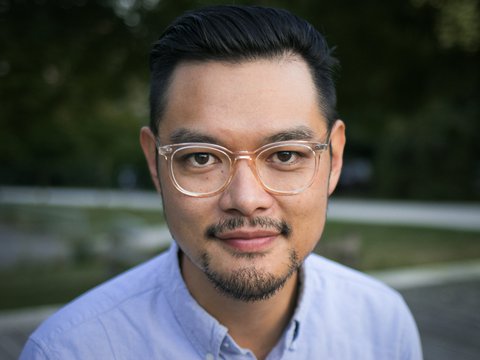 Building on a lifetime passion for music, Lee launched a project in 2019 called ColliderScope: An electronic music project where audio waveforms are used to draw images from particle physics. Turning decommissioned particle physics experiments into musical instruments, he creates a live performance designed as a celebration of High Energy Physics, born from its history. He has performed across Europe and the US, including at major music festivals.